I’m Marguerite Roth.
I create things for the web.

I'm a frontend designer and developer specializing in building analytics products. I also mess around with data visualizations.

Set up a local dev environment and run a website

Collect and utilize the tools needed to spin up and edit a website on your computer. Basic HTML/CSS/JS, D3.js, and Twitter Bootstrap starters provided.

A light-themed starter powered by Gatsby v2 and Prismic to showcase portfolios and blogs.

The Data Visualization Society asked members to rank their skills in the following categories: data, visualization, and society.

I mapped the location of each member with the ability to filter by their highest ranked skill to show the distribution of each around the world.

Albondiga | App for requesting some dinner 🍝

I crocheted a queen-sized blanket for a friend and tracked my time (I started tracking time after ~24 hours). Highlights included binging Netflix and hand cramps.

Insight: crocheting a blanket takes a lot of time.

What I'm reading and what I've read.

In a dramatic account of violence and espionage, Pulitzer Prize-winning investigative reporter Ronan Farrow exposes serial abusers and a cabal of powerful interests hellbent on covering up the truth, at any cost.

In 2017, a routine network television investigation led Ronan Farrow to a story only whispered about: one of Hollywood's most powerful producers was a predator, protected by fear, wealth, and a conspiracy of silence. As Farrow drew closer to the truth, shadowy operatives, from high-priced lawyers to elite war-hardened spies, mounted a secret campaign of intimidation, threatening his career, following his every move, and weaponizing an account of abuse in his own family.

All the while, Farrow and his producer faced a degree of resistance that could not be explained—until now. And a trail of clues revealed corruption and cover-ups from Hollywood, to Washington, and beyond.

This is the untold story of the exotic tactics of surveillance and intimidation deployed by wealthy and connected men to threaten journalists, evade accountability, and silence victims of abuse—and it's the story of the women who risked everything to expose the truth and spark a global movement.

Both a spy thriller and a meticulous work of investigative journalism, Catch and Kill breaks devastating new stories about the rampant abuse of power—and sheds far-reaching light on investigations that shook the culture. 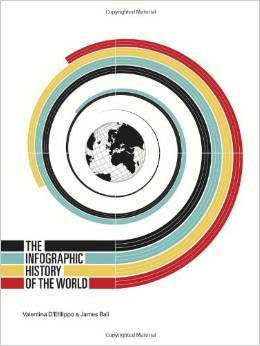 The History of the World, but not as you know it.

A new type of history is here – all 13.8 billion years of it, exploded into a visually jaw-dropping feast of facts, trends and timelines that tell you everything you’d ever want to know about the history of the world.

From the primordial soup to the technological revolution of the 21st century, interesting stuff has been going on; and ever since prehistoric man scratched the first tally markings into a damp cave wall, we’ve been counting and measuring it all.

Which historic warriors conquered the most territory, killed the most people, or had the largest empire? When did everything evolve? Which languages are related to which? What’s been invented and when? Where are we being born, and what are we dying of? Which countries are eating all the food, causing all the pollution and taking all the drugs?

A story of civilisation and barbarism, of war and peace, this is history done in a new way – a beautifully designed collection of the most insightful and revealing trends that tell us what the human race has been up to, and where we’re heading. 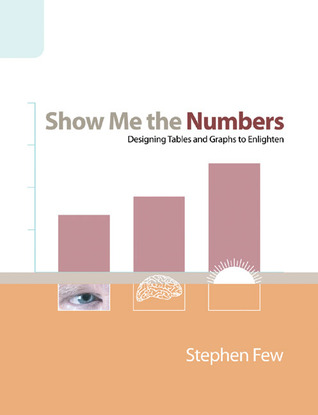 Tables and graphs can more adequately communicate important business information when they reflect the good design practices discussed in this practical guide to effective table and graph design. Information is provided on the fundamental concepts of table and graph design, the numbers and knowledge most suitable for display in a graphic form, the best tabular means to communicate certain ideas, and the component-level aspects of design. Analysts, technicians, and managers will appreciate the solid theory behind this outline for ensuring that tables and graphs present quantitative business information in a truthful, attractive format that facilitates better decision making.

Summary and image: Goodreads.com
The Panama Papers: Breaking the Story of How the Rich and Powerful Hide Their Money
Frederik Obermaier, Bastian Obermayer
politics
politics 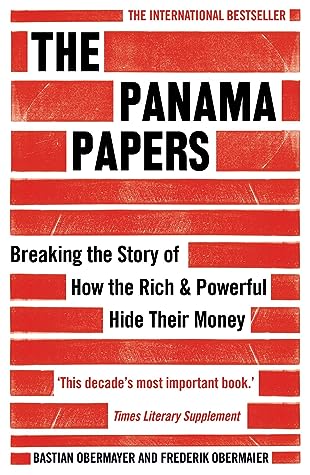 From the winners of the 2017 Pulitzer Prize for Explanatory Reporting.

In early 2015, an anonymous whistle-blower led investigative journalists Bastian Obermayer and Frederik Obermaier into the shadow economy where the super-rich hide billions of dollars in complex financial networks. Thus began the ground-breaking investigation that saw an international team of 400 journalists work in secret for a year to uncover cases involving heads of state, politicians, businessmen, big banks, the mafia, diamond miners, art dealers and celebrities. A real-life thriller, The Panama Papers is the gripping account of how the story of the century was exposed to the world.

The Fullstack D3 book is the complete guide to D3. With dozens of code examples showing each step, you can gain new insights into your data by creating visualizations.

Learn how to quickly turn data into insights with D3.

We have the data. But it needs to be understood by humans. The best way to convert this data into an understandable format is to mold it into a data visualization. 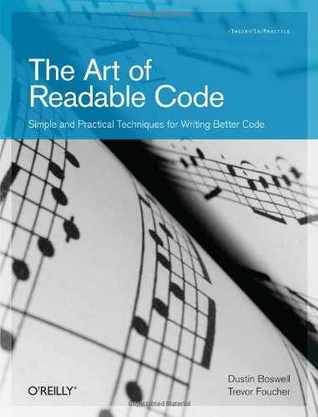 As programmers, we’ve all seen source code that’s so ugly and buggy it makes our brain ache. Over the past five years, authors Dustin Boswell and Trevor Foucher have analyzed hundreds of examples of "bad code" (much of it their own) to determine why they’re bad and how they could be improved. Their conclusion? You need to write code that minimizes the time it would take someone else to understand it—even if that someone else is you.

This book focuses on basic principles and practical techniques you can apply every time you write code. Using easy-to-digest code examples from different languages, each chapter dives into a different aspect of coding, and demonstrates how you can make your code easy to understand.

Among the seminal texts of the 20th century, Nineteen Eighty-Four is a rare work that grows more haunting as its futuristic purgatory becomes more real. Published in 1949, the book offers political satirist George Orwell's nightmarish vision of a totalitarian, bureaucratic world and one poor stiff's attempt to find individuality. The brilliance of the novel is Orwell's prescience of modern life—the ubiquity of television, the distortion of the language—and his ability to construct such a thorough version of hell. Required reading for students since it was published, it ranks among the most terrifying novels ever written.